The plight of refugee’s seeking to reach Europe has been in spotlight recently. As a group of friends, we wanted to help in our own little way by helping refugees in our community feel welcome by organizing a fun day for families. We wanted an interactive event and settled on a “Build and Play with Toys” activity.

We collected a huge selection of toys from friends and family that were lying around, not being used but in a good condition. The concept was that the parents, volunteers and kids of the volunteers could help their kids build their preferred toys and then play with them. We had a group of skilled volunteers on hand to help out with some of the more tricky toys. Two of our volunteers (Sharif and Safia) could speak Arabic which proved extremely useful as most of the families were from Syria, Ethiopia and Armenia. 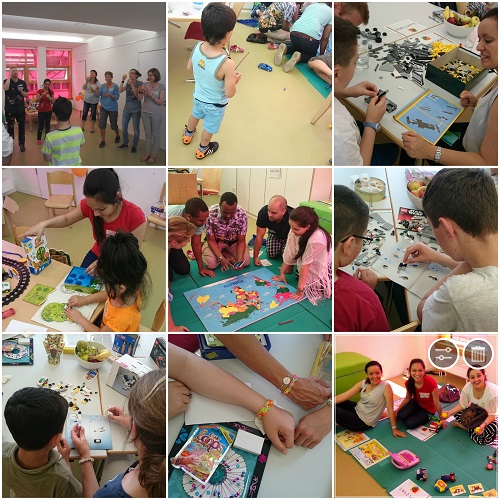 We kicked off the event on the 14th of June in Düsseldorf with a fun animated song welcoming each of the families which had everyone laughing. Each of the kids could select a few toys to build which they could take home. The toys were divided according to age groups to cater for the kids. We had 24 people attend in total and almost just as many volunteers and kids of the volunteers as we wanted to make this a personal and interactive event. Many of the volunteers came from all other the world and everyone bonded immediately. The room was humming with activity with the boys building cars, planes, robots, starships and the girls creating creative pieces such as bracelets and necklaces. Some of the older kids and adults played board and card games. It was a wonderful fun filled afternoon with lots of laughter and great conversations in-between over some tea and coffee. We wrapped up the event with another song and used soap bubbles to create a final magic moment. As you can imagine, the kids were racing around trying to catch the bubble or pop them. 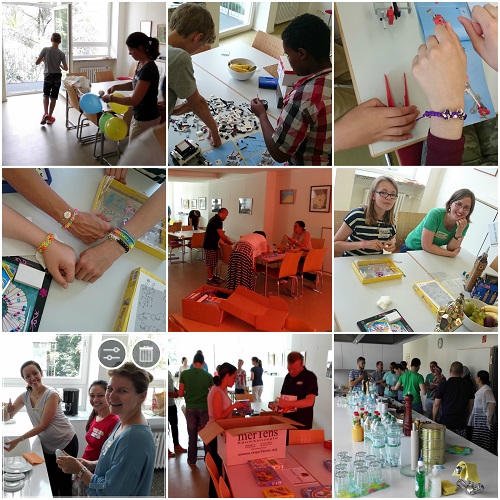 The fun day would not have been possible without the significant contribution made by EFA the “Evangelische Familienbildung Düsseldorf.” They helped us locate the families and also offered their facility for the event. A special thank you to Mrs. Reyscher, Mrs. Baumgarten and Mr. Schulz of EFA for their personal contribution in making this project happen. A special shout out to all our volunteers (Petra, Petra + Sohn, Hüseyin, Yue, Gabriel, Aline, Christoph, Neha, Mona und Familie, Sharif, Safia) for helping out during the event.